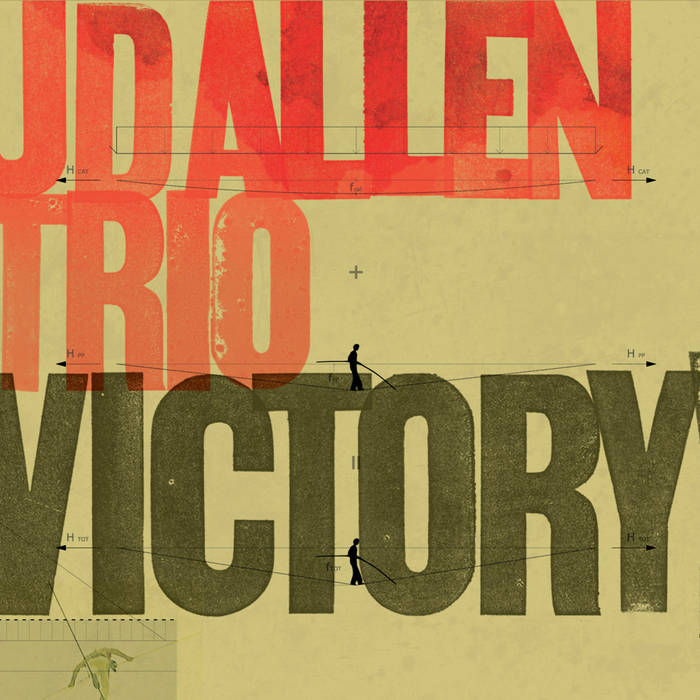 Following the four critically-acclaimed albums, IN SEARCH OF, PHAROAH’S CHILDREN, I AM-I AM and SHINE!, Sunnyside Records is releasing The JD Allen Trio's latest endeavor, VICTORY!, on May 17, 2011 – his third for the label with his longstanding trio. The album also includes a documentary film short by director Mario Lathan. The film plays an integral part of the recapitulation in the loosely-based sonata form and should be considered the final track of the album.

VICTORY! promises to solidify Allen's reputation as one of jazz's most dynamic and inspiring tunesmiths. Transcending a dissolute early life to create some of his era's most memorable music, Allen has made much of his signature, melodic "jukebox jazz" in a trio setting, including week long stands at The Village Vanguard. Those gigs - one of them simulcast on NPR - and also this album feature Allen's high-octane rhythm section, bassist Gregg August and drummer Rudy Royston.

"Wasting notes is a waste of time," says Allen. These songs, most of them no longer than three or four minutes, stand out for their melodicism and intensity, ablaze with memorable hooks and riffs by all three band members. Throughout the album, Allen and his band mates eschew long solos in favor of setting a mood or stating an intention and then following through taking the form of a classical sonata - a theme and variations which end conclusively - VICTORY! offers twelve succinct, interwoven compositions.

The title track sets the tone for much of the album, dark enigmatic minor-key gospel beauty played out against the rhythm section's stately insistence. Royston's aggressive introduction offers no hint of the balmy swing that emerges on the second track, “The Pilot's Compass,” Allen interjecting commentary as August pulses and Royston supplies his signature, muscular rumble. They follow with the darkly biting “The Thirsty Ear” and then the ominous “Sura Hinda,” Allen's solemn vibrato adding extra gravitas. As on I AM I AM and SHINE!, August gets an enviable role to play throughout the album, notably on “The Learned Tongue” as he shadows Allen while the drums go rubato, or on “Philippe Petit” - a homage to the French high wire artist - where his serious, bowed lines, equal part triumph and terror, balance against Royston's playful intricacies and Allen's calm, steely optimism.

The simply titled “Motif” allows Allen and Royston to take the theme further outside as August sits out. “Fatima” allows a playful element to creep in over Royston's nimble shuffle; Allen’s nod to Branford Marsalis, “Mr. Steepy” enters with unexpectedly blithe swing blues, Royston eventually cutting loose with a grin and crowding everyone out of the picture. The album winds up with three unexpected shifts: “Stairway to the Stars,” a Harold Arlen-esque ballad; “The Hungry Eye,” centered around a vividly off-center bass solo; and the concluding track, reprising “The Pilot's Compass” and elevating it to a rare sense of joy, ending suddenly with a bit of a wink. It could be the high point in a career of a group whose trajectory is still on the upswing.

Bandcamp Daily  your guide to the world of Bandcamp